Our experts will reply you very soon.

An Insight On Metal Detectors 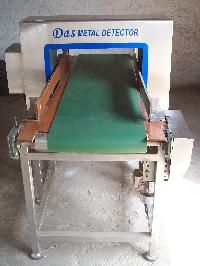 A metal detector is a portable electronic instrument that detects and locates the presence of metals nearby on the ground or water. It works with a battery power to generate a penetrating magnetic field that attracts metal objects in the surroundings. Metal detectors are helpful for finding the metals hidden within objects or metal objects hidden underground. The simplest form of a metal detector involves an oscillator producing a current that passes through a coil producing magnetic field. The metal detector technology was invented in the late 1800s and was the first functional in the 1920s. The devices were further developed in the 1960s for mining and other industrial purposes.

Usually, a metal detector consists of a handheld section with a sensor prod that can be swept over the surface or other objects until an electronic signal resonance, signposting that some metallic element is present under the area.

Coil technology: The coil is an essential component of a metal detector that sends a magnetic field below the surface to attract metal objects, making them noticeable by the receiver.

Coil size: The strength of a metal detector's search is proportionate to the diameter of the search coil. Larger coils produce larger fields of detection.

Target indication: This identifies the metal object that has been detected, allowing the operator to decide the further course of action.

Tone ID: Some metal detectors produce different audio sounds depending on the strength of the object detected.

Operating frequency: Frequency in a metal detector is measured in kilohertz (kHz). It indicates to the number of times a signal is transmitted and received by the metal detector per second.


There are mainly three types of metal detectors available in the market:


Very Low Frequency Detectors (VLF): Most metal detectors function with this kind of coil technology, because it is very versatile and can be used on land and in shallow water as well.

Pulse Induction Detectors (PI): These metal detectors are less common, but are ideal for detecting in deep fields or deep water.

Beat Frequency Oscillation Detectors (BFO): The beat frequency oscillation detectors are the simplest detectors that are known for its inexpensive design. Usually, the amateurs in the sport of treasure hunting go with this type of detector.


Consequently, it is very much clear that the detection of miniscule elements of metal is an awfully complex affair and by choosing the right metal-detection system for the right product that is operated under the support of a professional many ‘on spot’ clashes can be avoided.

This entry was posted on January, 27, 2020 at 12 : 57 pm and is filed under Metal Detector. You can follow any responses to this entry through the RSS 2.0 feed. You can leave a response from your own site.